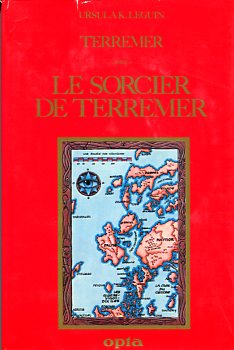 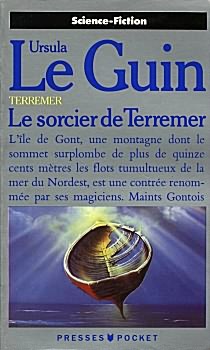 I caught this on cable TV a couple times and I found it reasonably enjoyable. Not the effects, acting, or music of the level of “The Lord of the Rings” but certainly far better than I have seen on several Fantasy TV series.

Danny Glover and some of the other key actors I think turned in decent performances. I recommend this if you haven’t read the books and you enjoy fantasy movies.

Now of course I am sure the books are far better and seeing this movie I can now go read them and be really entertained all the more. I guess that is the down side of reading the books and then seeing the movie instead of the other way around. Suffice it to say I wish people would review the merit of the acting, sets, scenery, music, directing, special effects, et cetera, instead of how it didn’t follow the book line for sorceir.

Keep in mind people are reading your review to find sorcief if the movie is any good, they actually might not have read the etrremer and it may not matter if the movie is like the book to them. I understand you avid readers being upset, but please don’t dash a reasonable movie to pieces. If the movie does well it is more likely they will make more and then ee they will try harder to follow the books.

If this one fails dismally it is not near as likely they will make more movies for several years. After I saw the movie I wanted to read the books and I intend to do just that. Then I’m sure I will see that this was not a good adaptation. That does not make it have no entertainment value or less valuable for getting peoples interest in the books or being better adapted for future movies. Like other viewers I was looking forward to skrcier with anticipation. However was saddened and disappointed at the hatchet job done to these two fine Ursula Le’Guin novels.

I realise that there will always need to be some changes in the translation from book to film, but many changes were for no reason. For example why swap Sparrowhaks name around making his use-name Ged and his secret name Sparrowhawk. There are others, for example the non-death of the Archemage.

The relationshop of Ged to his father – in the book this was practically non-existent. Even the major changes – making the priestesses on Atuan good and tasked with the job of containing the old ones ratherthan worshipping thembringing the Gebbeth story arc to its conclusion in the tombs, the reference to Jasper getting the Mage of Pendor role was Geds in the story for a very important reason – he needed to learn humility and failure to counter his original arrogancethe ridiculous introduction of the Kargad king etc.

All serve to marr the story Having said that, the story was Ok. If different names etc were used and this were set in a different world I would probably have enjoye it more and scored this higher, but the SciFi channel just blatantly cashing in on Lord of the Rings by claiming this is a dramatisation of another popular series ruined the story for me, seriously marring the entertainment of this and leaving me quite disappointed.

If only Peter Jackson would do a remake. It’s just a bad film fullstop. I am a long time Le guin fan, but am not in the least bit purist. I wasn’t expecting a faithful adaptation and was prepared to judge this film on its own merits.

Unfortunately, with or without reference to the book this is a truly awful movie. Acting is so-so, the CGI is amateurish, the dialogue stinks particularly so in the region of the denouement and the narrative thread is an absolute tangle.

The way people seem to whizz from one end of Earthsea to the other by boat in a matter of minutes beggars belief and exposes the sheer incompetence of the screenwriters. Roke University is more Rowlings than Le Guin. The dragon Orm Embar lacked all context and would have been better sorcied out altogether.

Possibly the worst feature of all was the “nameless ones”; instead of the ancient beings of immense power and evil that the movie had been trying to build up to, we were given overgrown bats! Guess I have come to expect more from the Sci Fi Channel Changing it did nothing for the plot whatsoever The special effects are ok, the dragon is kind of cool, but if you are an Earthsea fan, expect a very different story.